Matthew 25:21 Then the King will turn to those on the left and say, ‘Away with you, you cursed ones, into the eternal fire prepared for the devil and his demons.’

Genesis 2:16-17 But the LORD God warned him, “You may freely eat the fruit of every tree in the garden – except the tree of the knowledge of good and evil. If you eat its fruit, you are sure to die.”

Romans 3:23 For everyone has sinned; we all fall short of God’s glorious standard.

Habakkuk 1:13 Your eyes are too pure to look on evil; you cannot tolerate wrong

II Peter 3:9 9 The Lord isn’t really being slow about his promise, as some people think. No, he is being patient for your sake. He does not want anyone to be destroyed, but wants everyone to repent. (see Ezekiel 33:11)

John 3:16-17 16 “For this is how God loved the world: He gave his one and only Son, so that everyone who believes in him will not perish but have eternal life. 17 God sent his Son into the world not to judge the world, but to save the world through him.

19 “There was a rich man who was dressed in purple and fine linen and lived in luxury every day. 20 At his gate was laid a beggar named Lazarus, covered with sores 21 and longing to eat what fell from the rich man’s table. Even the dogs came and licked his sores. 22 “The time came when the beggar died and the angels carried him to Abraham’s side. The rich man also died and was buried. 23 In Hades, where he was in torment, he looked up and saw Abraham far away, with Lazarus by his side. 24 So he called to him, ‘Father Abraham, have pity on me and send Lazarus to dip the tip of his finger in water and cool my tongue, because I am in agony in this fire.’ 25 “But Abraham replied, ‘Son, remember that in your lifetime you received your good things, while Lazarus received bad things, but now he is comforted here and you are in agony. 26 And besides all this, between us and you a great chasm has been set in place, so that those who want to go from here to you cannot, nor can anyone cross over from there to us.’

A DESCRIPTION OF HELL

Matthew 13:42 42 And the angels will throw them into the fiery furnace, where there will be weeping and gnashing of teeth

Matthew 25:41 41 “Then the King will turn to those on the left and say, ‘Away with you, you cursed ones, into the eternal fire prepared for the devil and his demons.

Hebrews 9:27 27 And just as each person is destined to die once and after that comes judgment.

II Thessalonians 1:9 9 They will be punished with eternal destruction, forever separated from the Lord and from his glorious power.

(Luke 16:27-31) 27 “He answered, ‘Then I beg you, father, send Lazarus to my family, 28 for I have five brothers. Let him warn them, so that they will not also come to this place of torment.’ 29 “Abraham replied, ‘They have Moses and the Prophets; let them listen to them.’ 30 “‘No, father Abraham,’ he said, ‘but if someone from the dead goes to them, they will repent.’ 31 “He said to him, ‘If they do not listen to Moses and the Prophets, they will not be convinced even if someone rises from the dead.’”

Christ followers, we need to re-adjust our PRIORITIES.

Those who are putting off a decision to follow Christ, do it NOW !

Mark 8:36 36 For what does it benefit a person to gain the whole world, and forfeit his soul? 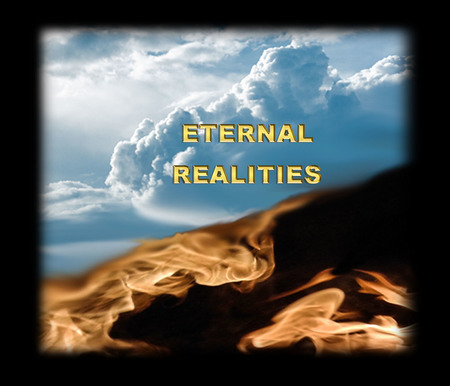 Heaven: the Light at the End of the Tunnel